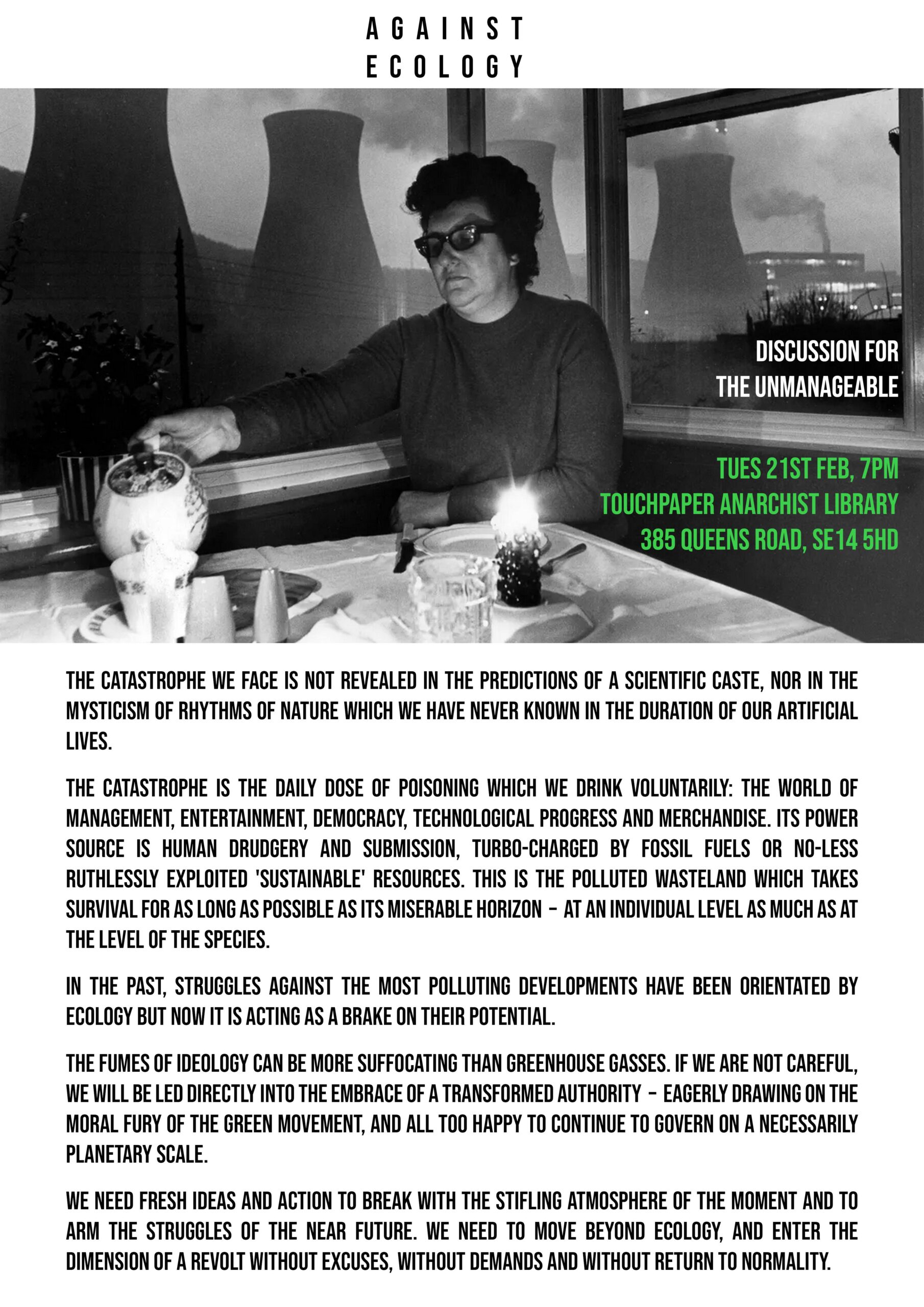 Public Discussion (for the unmanageable!)

Against Ecology
The catastrophe we face is not revealed in the predictions of a scientific caste, nor in the mysticism of rhythms of nature which we have never known in the duration of our artificial lives.

The catastrophe is the daily dose of poisoning which we drink voluntarily: the world of management, entertainment, democracy, technological progress and merchandise. Its power source is human drudgery and submission, turbo-charged by fossil fuels or no-less ruthlessly exploited ‘sustainable’ resources. This is the polluted wasteland which takes survival for as long as possible as its miserable horizon – at an individual level as much as at the level of the species.

In the past, struggles against the most polluting developments have been orientated by ecology but now it is acting as a brake on their potential.

The fumes of ideology can be more suffocating than greenhouse gasses. If we are not careful, we will be led directly into the embrace of a transformed authority – eagerly drawing on the moral fury of the green movement, and all too happy to continue to govern on a necessarily planetary scale.

We need fresh ideas and action to break with the stifling atmosphere of the moment and to arm the struggles of the near future. We need to move beyond ecology, and enter the dimension of a revolt without excuses, without demands and without return to normality. 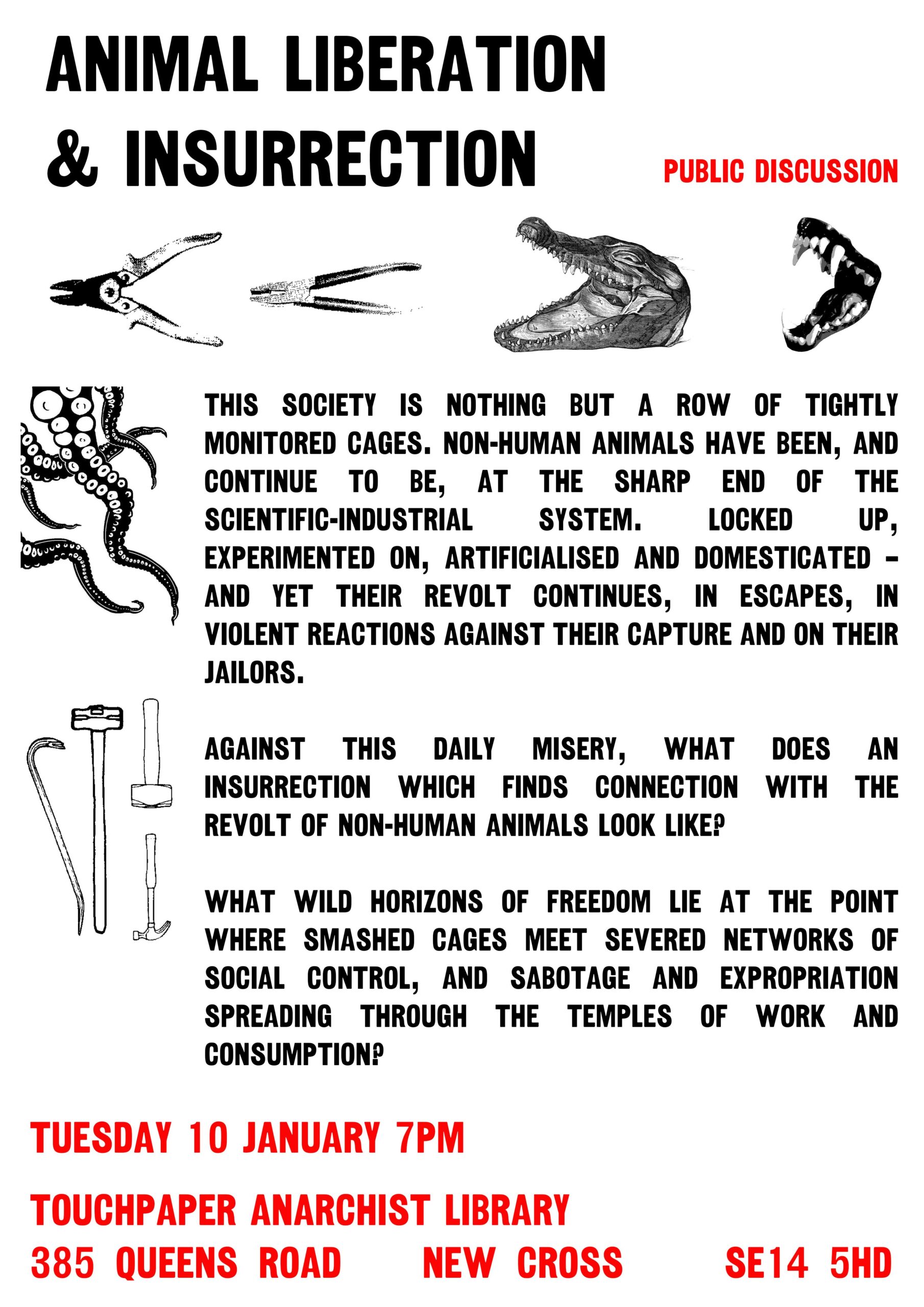 Animal Liberation and Insurrection
This society is nothing but a row of tightly monitored cages. Non-human animals have been, and continue to be, at the sharp-end of the scientific-industrial system. Locked up, experimented on, artificialised and domesticated – and yet their revolt continues, in escapes, in violent reactions against their capture and on their jailors. Against this daily misery, what does an insurrection which finds connection with the revolt of non-human animals look like? What wild horizons of freedom lie at the point where smashed cages meet severed networks of social control, and sabotage and expropriation spreading through the temples of work and consumption? 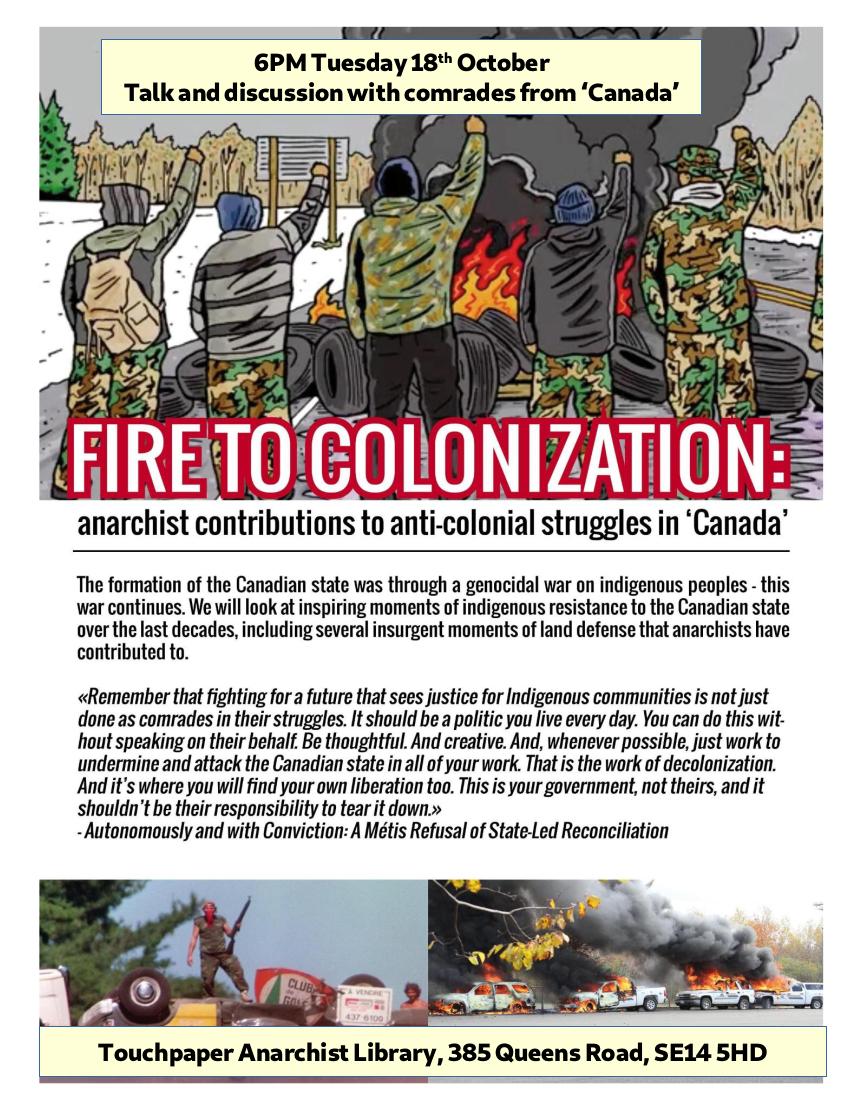 Fire to Colonisation: anarchist contributions to anti-colonial struggle in ‘Canada’
A talk and discussion with comrades from ‘Canada’ about the indigenous land-struggles and anarchist participation in them. 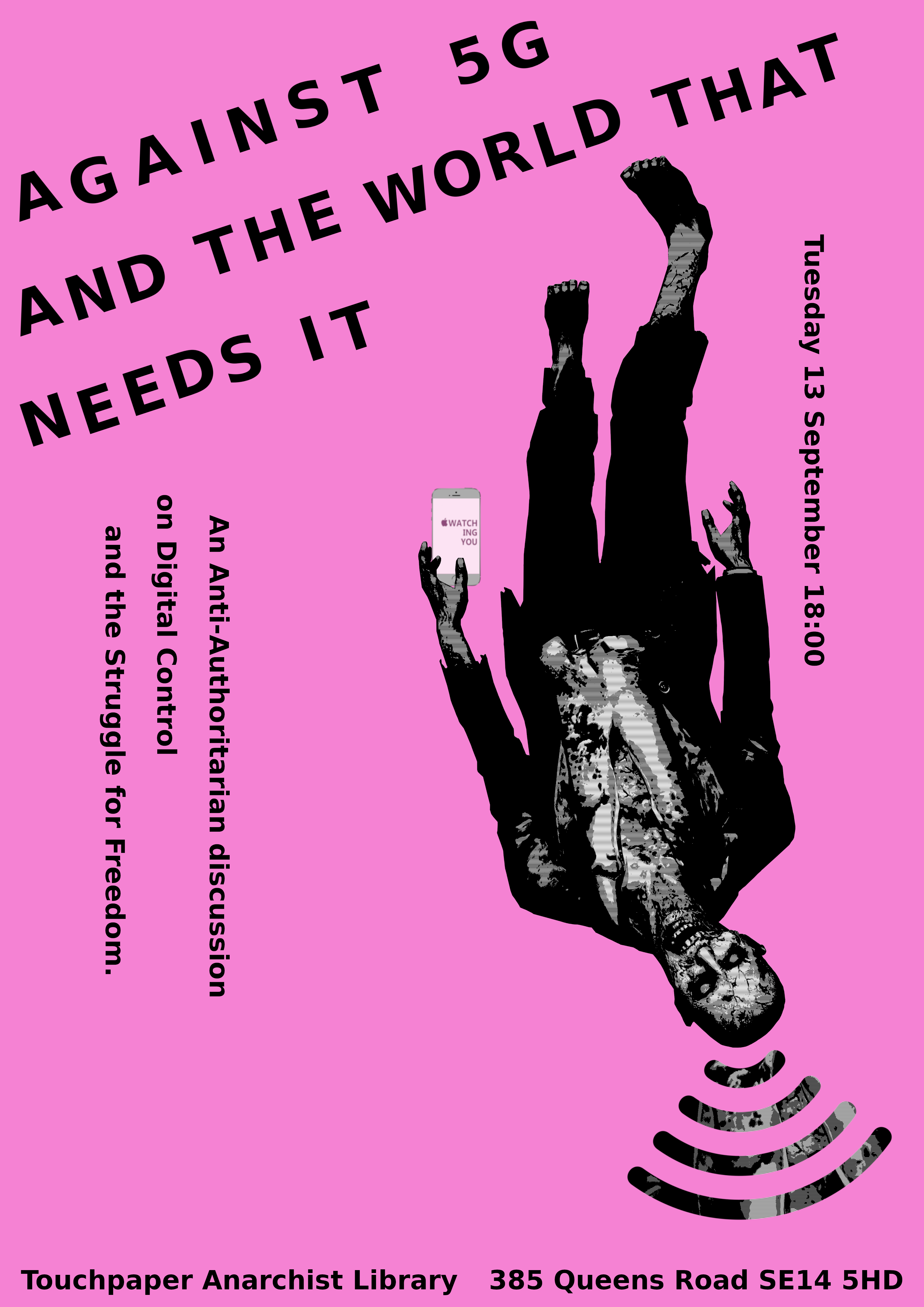 Against 5G and the world that needs it!
An anti-authoritarian discussion on digital control and the struggle for freedom.